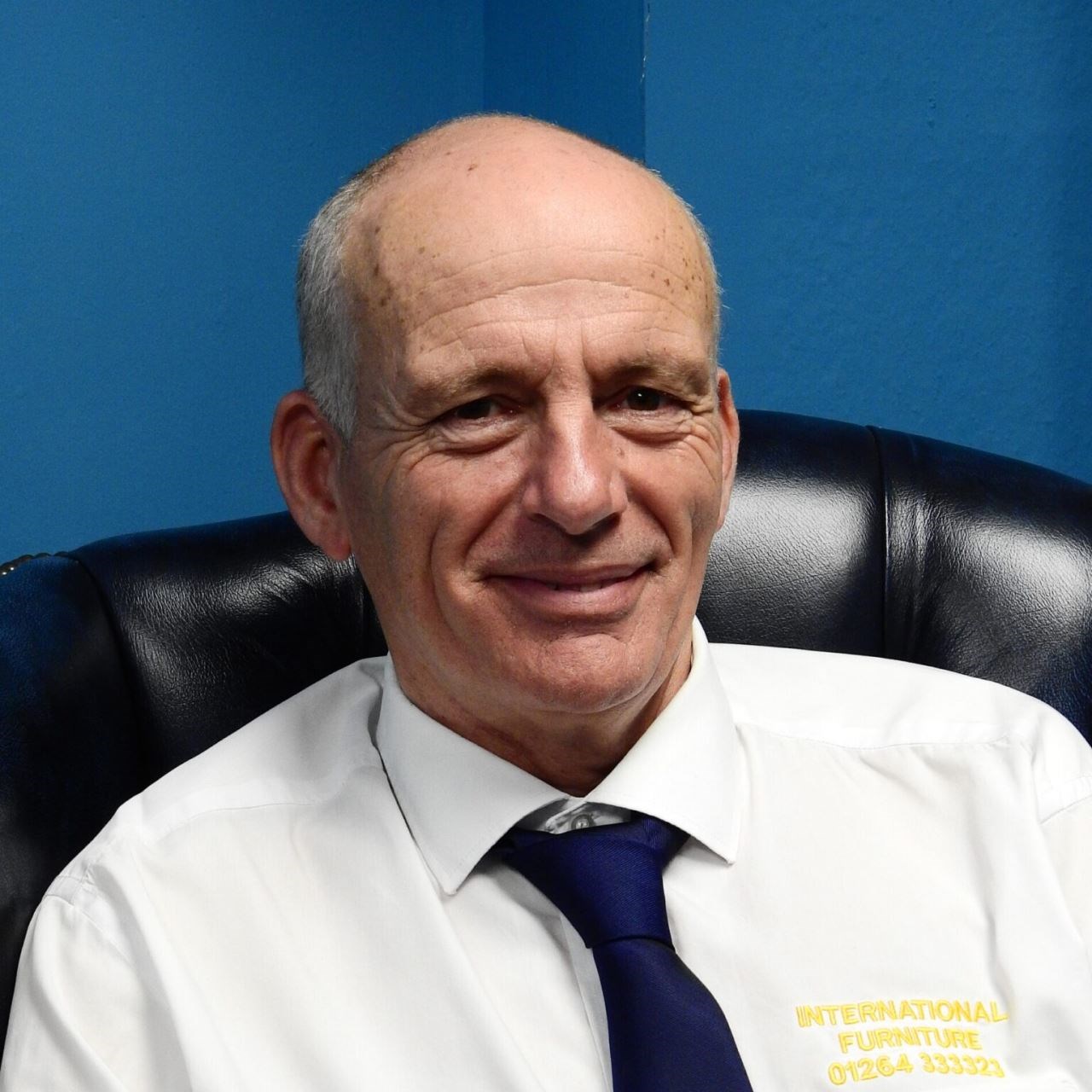 Having started International Furniture this Owner/Managing Director has seen it grow and develop which makes this by far his best job ever as he gets a buzz out of interacting with people within the trade, customers and indeed his staff. Through his career he has made many friends and feels one of his greatest achievements is the fact that he listens to customer feedback and suggestions and has the contacts that enable him to pass their views on to both furniture designers and manufacturers. Kev really likes giving the customer what they want.

Like many business people he has had his struggles, and like many business people he would love for business rates to be reduced and for the Andover Business Improvement District (BID) to be radically changed or removed as he feels it doesn’t really add value. His greatest challenge though has been keeping staff as they are often cherry-picked or head-hunted by other large or national chains. Such is the quality of training and mentoring they receive.

Although he likes to keep busy and to be doing things, life is not just about work, though he considers the purchase of the premises that hosts International Furniture as a significant personal achievement. He is rightly proud that he was able to play a part in rescuing his dog Nevaeh from Spain where she was kept in tortuous conditions, and he was also very pleased to achieve his life-long ambition to own a Honda Goldwing Trike. Should he win a substantial lottery prize he would probably buy a fishing lake or a section of river; fishing being another of his passions. He would however continue to work.

Kev considers himself to be an easy-going, generous and tolerant person who is good at negotiating mutually acceptable deals. If he were able to give his younger self any advice it would be “Try harder at school” as education is a valuable thing. He attributes openness, honesty and giving value for money as the key to his successes though adds “Never lie” as a philosophy for success.

His best car was a white Triumph 2.5 PI, as it was “a proper, well-made car”. He hates the month of November as it is in this month that he sadly lost his father. He tries to keep busy during this period so as not to dwell on this. When asked how others might describe him, he pauses for thought and after some consideration concludes, “I have been described as many things, but those that stick in my mind are that I am honest and a genuinely nice bloke”. Kev splits his time between Andover, Ireland and often somewhere in between.